I’ve written previously about how refractive surgery has changed the U.S. Military for the better, and more recently about a study highlighting the improved military readiness associated with procedures like LASIK, PRK and implantable collamer lens surgery. They say good things come in threes, so I’ve got another update about a relatively new procedure called small incision lenticule extraction (SMILE) and how it is being used for military personnel. 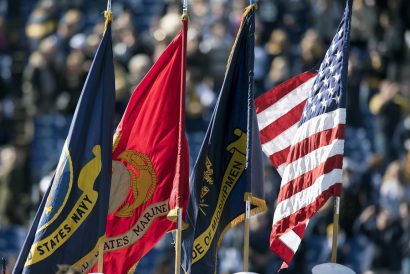 SMILE — a variation of femtosecond lenticular extraction (FLEx) — received FDA approval in September 2017 for nearsighted patients aged 22 and older. The distinguishing feature of SMILE compared with LASIK and PRK is that it doesn’t require creating a flap or removing the outer layer of the cornea as does LASIK and PRK, respectively. It is a minimally invasive option and excellent alternative treatment for patients that may not be candidates for other refractive surgeries; or those with particular needs (such as the military).

An important thing to note here is that FDA approval doesn’t necessarily equate to military approval. The Department of Defense (DoD) has its own approval standards which are often more stringent than the FDA. The fact that SMILE has attained that DoD approval “speaks to the quality of the procedure…” according to Dr. Bruce Rivers, a Colonel in the U.S. Army and Director of the Warfighter Refractive Eye Surgery Program and Research Center.

SMILE joins LASIK and PRK as approved refractive surgeries for active-duty military personnel. And though the military has stopped short of identifying it as a preferred option for nearsighted candidates, there are definitely some unique advantages that are worth noting.

Dry eye after LASIK is a common issue for LASIK patients. For the average Joe, it’s not necessarily a major concern; simply something that has to be managed, often with over-the-counter moisturizing drops. However, for active duty military personnel, it can be a bit more problematic. Especially for those deployed in areas with dry conditions and/or lots of sun (like the Middle East). Because SMILE provides correction without the flap, patients are not subjected to the same dry eye problems.

Similarly, PRK recipients deployed in extremely sunny conditions face a greater risk of postoperative corneal haze, a clouding of the eye that can inhibit vision. Again, because SMILE doesn’t require any significant disruption of the cornea or prolonged recovery period, it may be a preferred option for active duty personnel deployed in such conditions.

One sticking point that I imagine will be more of a short-term hurdle has to do with waivers. Just because a procedure has DoD approval doesn’t necessarily mean that all military personnel can simply sign up for treatment. The treatment has to be deemed of military necessity. Certain personnel require a waiver from a superior officer granting permission for treatment. Given that SMILE is the new kid on the block, it may be more problematic to get a waiver for it compared with tried and true procedures like LASIK and PRK. As such, Dr. Rivers advises patients that require a waiver for treatment to opt for LASIK and PRK for the time being in order to avoid any potential delays that could interfere with readiness.

Given the success rate of SMILE and the current deployment dynamics, I think it’s safe to say that we can expect the number of active duty military personnel getting this procedure vs. LASIK or PRK to jump significantly in the coming years. And we’ll continue to update the story as it plays out.

To learn more about SMILE, check out a post I wrote last year that looked at SMILE vs. LASIK.