How Refractive Surgery Changed Our Military for the Better

As a graduate of the United States Air Force Academy and PhD in ocular physiology I have a very close understanding of how difficult it has been historically to access certain military occupations for people that didn’t have 20/20 vision. Countless numbers of highly qualified, brilliant young men and women were unable to serve their country in the capacity of their choosing. In the case of pilots — who require excellent visual acuity — the vast majority of those rejected by the military were nearsighted.

We want the best and the brightest to be able to serve in all branches of the military. Advances in refractive surgery, PRK and LASIK, have made it possible for those who previously would have qualified for service able to enter into the specific military occupation of their choosing.  In fact, my nephew, also a graduate of the Air Force Academy, had PRK surgery in order to qualify for pilot training. He now flies Air Force helicopters in the D.C. area. 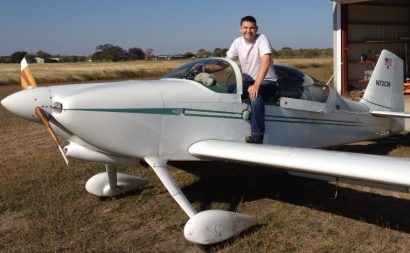 The earliest form of refractive surgery was a procedure called radial keratotomy (RK). Although it had a number of corrective benefits, it was contraindicated for military personnel, such as divers and pilots, because of the number of complications they faced at high-pressure depths and high altitude.

In the early 90’s the military began investigating PRK as an alternative to RK. A 1996 U.S. Navy study focused on 30 patients who had been treated for nearsightedness with PRK found that every patient in the study had improved visual acuity and reduced nearsightedness. The results were such a success that the Navy immediately purchased an excimer laser and began a series of additional studies focusing on things like visual recovery, quality of vision, extreme environmental conditions, etc. After years of study, it was determined that all pilots who underwent PRK were able to have their vision restored to the “highest visual classification for a Naval aviator.” The uncorrected 20/20 vision barrier had been broken down and the implications were far reaching.

The military continued its refractive surgery research when LASIK came on the scene, evaluating things like flap stability, improved ablation profiles and femtosecond lasers. LASIK was approved for U.S. military personnel, but its PRK predecessor is still used more frequently to this day given its long history of success. LASIK became particularly important for Special Forces operators, like Navy Seals, who needed a shorter recovery time than PRK. LASIK typically offers improved vision the next day, while PRK patients can require several months to reach their peak vision correction. Over the long-term both offer excellent outcomes.

It’s important to note that though the visual acuity barriers have been broken down, active-duty servicemen and women, and those considering service shouldn’t rush out and get refractive surgery immediately. Protocol dictates that prospective patients must first get the approval of their commanding officer before electing for surgery. But don’t fret, if you are otherwise qualified for pilot training, the approval is viewed as more of an “administrative hoop” to jump through rather than any sort of candidacy filter. You can check out the official regulations with regard to refractive surgery at www.e-publishing.af.mil/.

The introduction of refractive surgery into the military complex was an incredible moment that paved the way to helping make dynamic service more accessible. What’s more, it has also had implications in other visually demanding, dynamic professions such as the fire, police, paramedic and other emergency services.

Check out the following video about an emergency landing of an Air Force helicopter in a school yard. The helicopter pilot had PRK to qualify for pilot training.

If you’re interested in learning more about refractive surgery, check out our articles on PRK and LASIK.

For more information about the history of refractive surgery in the military, I urge you to check out this article published in EyeWorld: http://www.eyeworld.org/article-refractive-surgery-in-the-military-changed-the-lives-of-troops