Accommodating the Demand for IOLs

The American Academy of Ophthalmology (AAO) estimates that as many as 50 million Americans will suffer from vision-impairing cataracts by the year 2050. Given the current estimate of Americans with cataracts is only 25 million, the AAO is clearly expecting a surge over the next 30 years. Fortunately for cataract patients, there are a growing number of treatment options available, particularly in the area of intraocular lenses (IOLs). 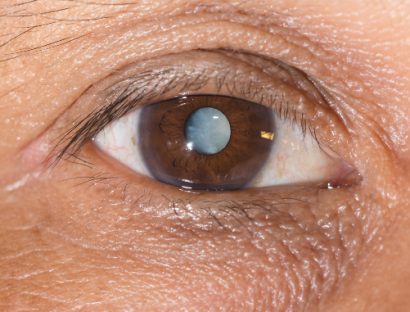 Traditionally, patients have had two options when it comes to selecting an IOL: monofocal or multifocal. (Check out a past post I wrote comparing monofocal vs. multifocal IOLs.)

The most common IOL chosen by patients is monofocal, which provides vision correction for one distance (near, medium or distance vision). Most monofocal IOL patients opt for distance vision, then use eyeglasses for near vision. For those who want to potentially get rid of their glasses altogether, the multifocal implant caters to both distance and near vision. However it does not correct for medium vision between the two and can sometimes leave the quality of vision, as measured by contrast sensitivity, lower than experienced with glasses across all distances. Which brings us to accommodating IOLs, the Rolls Royce of implantable lenses.

The only accommodating IOL currently approved by the FDA is Bausch + Lomb’s Crystalens. The demand for accommodation has spurred a number of companies to develop different types of accommodating IOLs. Below are some of the new and exciting lenses currently in the works:

Developed by PowerVision, the FluidVision accommodating IOL is a fluid-based lens that responds to the ciliary muscle to adjust focus. As the muscles within the eye contract and relax, the tiny amount of fluid in the lens moves to maintain visual acuity. PowerVision claims that clinical results have confirmed the FluidVision lens offers 3 to 4 diopters of accommodative power.  (If you think about this in comparison, most of those “readers” available off the shelf in Walgreens and CVS provide 1.25 to 2.5 diopters of focusing power. A lens that provides 3 to 4 diopters of correction would generate a full range of vision.)

To learn more about the FluidVision IOL, check out http://powervisionlens.com/

Developed by LensGen, the Juvene accommodating IOL is a fluid-based two-lens system that mimics the function of the eye’s natural lens. One lens (the base) is basically a standard monofocal IOL. The second, fluid-based lens, which provides a more full range of focusing power, is then implanted through a smaller incision made possible by the base lens. My friend Dr. Eric Donnenfeld believes that the Juvene lens “is the most exciting [lens] for the short-term treatment of presbyopia.”

To learn more about the Juvene accommodating IOL, check out http://lensgen.com/

Developed by Elenza, the Sapphire AutoFocal IOL sounds quite futuristic. It incorporates liquid crystal chemistry, electricity and integrated circuity to provide clear, accommodating vision. What this means is that the Sapphire IOL actually runs off a battery (which has an expected lifespan of 50+ years). The electrical current adjusts the lens focusing power based not only on distance, but also on other factors like work and light environment. One major difference of this battery-powered approach is that it’s not reliant on ciliary muscle function to control vision accommodation. An ambitious IOL indeed, but probably one that’s quite a few years from becoming a viable alternative.

To learn more about the Sapphire AutoFocal IOL, check out http://www.elenza.com/

The development of such new and innovative IOLs is sure to be welcomed with open arms if the AAO cataract estimates are correct. But if successful, these new technology lenses also going to be big news in the treatment of presbyopia, even for patients without cataracts. Many industry experts believe that accommodating IOLs provide the best potential treatment option for presbyopia given the fact that the lens is the vision-degrading culprit. And considering that everyone over the age of 50 eventually develops presbyopia, it’s no wonder why so many companies are investing in the development of accommodating IOLs. And, as time goes on, other highly novel lens accommodation strategies will be developed. I personally am anxious to learn more.