Contoura Topography-guided LASIK – Are You a Candidate?

LASIK is a procedure that uses a laser to change the shape of the cornea to correct for myopia, hyperopia or astigmatism. New technology advancements over the last 30 years have focused primarily on better ways to measure the corneal curvature, or topography, and then direct the laser to correct these topographical variations. Contoura Topography-guided LASIK is a new technology that moves beyond measuring the overall curvature of the cornea to measure small corneal topographical imperfections. 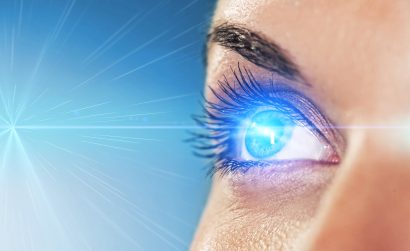 To put Contoura technology in perspective, a little trip down the LASIK memory lane may be useful.

In 1990, a couple of European eye doctors sought to enhance photorefractive keratectomy (PRK) to create an even better refractive surgery. This enhancement, referred to at the time as “flap and zap” was the genesis of LASIK. It’s predecessor (PRK), was approved in 1995 by the FDA. During PRK, the front surface of the eye is directly reshaped by the laser. Due to fact that PRK treated the outer surface of the eye, it had a healing time of several weeks or months and some discomfort.

Approved by the FDA in 1999, LASIK stormed onto the scene offering vision correction with less discomfort and a shorter recovery time. Since its introduction in 1999, the advancements started in terms of better measures of the cornea and more accurate ways to correct the corneal curvature. The first major update was Wavefront analysis which improved precision through corneal mapping. By 2003, Wavefront-guided custom LASIK became widely available around the world and LASIK became the most commonly performed elective procedure. Since the introduction of Wavefront, LASIK has continued to evolve and become even more precise.

In 2015, the FDA approved the latest and the greatest in terms of customized LASIK: Contoura Vision topography-guided LASIK.

What is Contoura Vision?

Simply stated, Contoura Vision is a highly advanced, precise and individualized LASIK treatment. The advanced technology offers surgeons a precise, detailed mapping of the cornea which allows for customized care for each eye of each patient. More than 22,000 unique elevation points on the cornea are analyzed and sent to the surgical planning computer, which directs the laser beam to correct the minute variations of curvature at each point.

Whereas traditional LASIK addresses refractive error by correcting the overall shape of the cornea, topography-guided LASIK also addresses abnormalities affecting the surface texture of the cornea. The advanced, personalized nature of Contoura Vision results in vision that most patients agree is better than anything they’ve ever experienced with eyeglasses or contact lenses. Results also suggest improved contrast sensitivity with topography-guided LASIK.

How Does Contoura Compare to SMILE?

I’ve previously written about small incision lenticule extraction (SMILE) as an alternative treatment to LASIK, with results suggesting SMILE could be an even better procedure (SMILE vs. LASIK). But data from high-end treatment results suggest that topography-guided LASIK may be even better. Quite simply, it’s the most evolved LASIK option; and arguably the most advanced vision correction procedure.

That’s not to say that traditional LASIK and Wavefront-guided LASIK don’t provide great visual outcomes. They continue to deliver excellent results with minimal risk of side effects. But topography-guided LASIK may be even better. As stated in the FDA filings, Contoura also has the added benefit of reducing the risk of light sensitivity, glare and halos after treatment.

Are you a Candidate?

Although Contoura Vision is the most advanced LASIK option available, it’s still not an option for all patients. LASIK candidacy continues to be determined by a number of qualifying factors, such as cornea anatomy thickness and the presence of dry eye. The advanced mapping of topography-guided LASIK is such that it may be an option for patients who previously would have been ineligible for treatment.

That said, many of the eligibility requirements remain the same when it comes to Contoura Vision vs. traditional LASIK. Check out our “Are you a Candidate for LASIK” slideshow for more information.

The Cost of Contoura

Most LASIK surgeons are trying to hold the line on the cost of LASIK surgery, even though their costs are rising, so you should not expect to see much of a price increase for the use of Contoura technology to correct your vision. Of course, the final price depends on a number of factors, including your geographic region, the level of correction, etc.