Post-LASIK Refraction and Pregnancy – Much Ado About Nothing?

During pregnancy, women experience a drastic shift in their hormonal balance that has a ripple effect throughout the body. The spike in hormones like progesterone, estrogen, prolactin, oxytocin and relaxin are all important for a healthy pregnancy, but these increased levels can also impact gastrointestinal processes, blood pressure, skin pigmentation and, you guessed it, ocular health.

Due to refractive changes that often occur during pregnancy, most refractive surgeons advise against LASIK during pregnancy, instead suggesting women wait several months after giving birth before considering treatment. Women who have already undergone LASIK may then wonder if the changes in ocular health that can occur during and after pregnancy impact post-LASIK refraction. New research presented by John Kanellopoulos, MD, New York University Medical School, NY, and LaserVision.gr seems to throw cold water on any such concern. 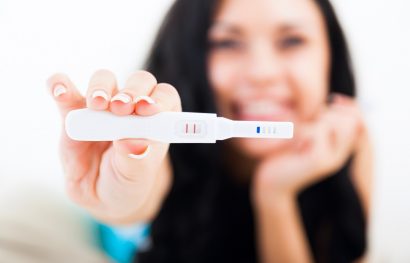 The Eyes and Pregnancy

A number of studies have previously evaluated the correlation between pregnancy and ocular changes. Dry eye syndrome, decreased sensitivity of the cornea, increased corneal thickness and decreased intraocular pressure are a few of the side effects previously linked with pregnancy. These combination of changes can affect refractive error during pregnancy. But the question of refractive changes for post-LASIK patients is something of an open question.

The current study involved 61 female patients from a single practice who had undergone LASIK prior to pregnancy to correct myopia and/or astigmatism, and had since giving birth. The average patient age was 28, and the average period of time that passed between LASIK surgery and pregnancy was 55 months. The study also weighed the various epithelial profiles of all patients using optical coherence tomography in order to obtain a more precise measure of spherical refraction.

Although refractive error changes have previously been attributed in part to the hormonal shifts during pregnancy, the study found no such correlation with long term changes.  Dr. Kanellopoulos noted that “pregnancy does not appear to affect long-term post-LASIK refractive stability.” However he noted that there are few studies evaluating this aspect of pregnancy and ocular health, and suggested that further study could help confirm his findings.

What This Means for You

If you are considering LASIK but also planning on having children, and are concerned about how the latter may interfere with the former, then this study is good news. It suggests that women need not put off LASIK until after pregnancy and sacrifice their quality of vision in the short term out of a concern that a future pregnancy could impact the long-term quality of vision achieved with LASIK.  It is still a good idea not to have LASIK during pregnancy, but based on this study, treatment before pregnancy does not appear to pose any post-pregnancy problems. However, as Dr. Kanellopoulos clearly states, this is but one, relatively small-scale study, and further evaluation is needed to corroborate the findings.

If you’re interested in LASIK and unsure whether or not the timing is right, or whether you are a good candidate for LASIK, I urge you to sit down with a qualified ophthalmologist to discuss your options in detail.

If you’re looking for a LASIK surgeon, I’ve written previously about the best method for choosing the right surgeon for your needs.