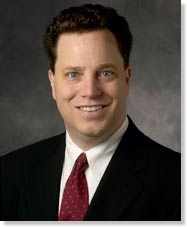 Edward E. Manche, MD, is a refractive surgery expert and board-certified ophthalmologist who specializes in procedures for the correction of nearsightedness, farsightedness and astigmatism. Dr. Manche has performed over 45,000 laser vision correction procedures and is among the leading providers of LASIK in the U.S. as well as internationally. He lectures regularly on the subject of laser vision correction and serves as an investigator in FDA clinical trials aimed at identifying new refractive surgery technologies. He performed the first conductive keratoplasty procedure in the U.S. during one such clinical trial.

Dr. Manche has received a number of awards due to his leadership in the areas of ophthalmology and laser vision correction. He has been listed in such prominent guides as:

Dr. Manche serves as Director of Cornea and Refractive Surgery at Stanford Eye Laser Center. This state-of-the-art facility features the most advanced technologies for LASIK and other laser vision correction procedures, including the latest in wavefront technology, which is used to detect and map even the tiniest optical properties of each patient’s eyes. These measurements are used when calibrating the excimer laser system and play a significant role in ensuring optimal outcomes.

Another technique that contributes to high-quality results is IntraLASIK. This procedure utilizes the IntraLase laser (rather than a blade) to create the corneal flap during the LASIK procedure, improving the precision — and in turn the outcome — of each patient’s surgery.

Highly myopic patients may not be good candidates for LASIK, so Dr. Manche also offers Verisyse phakic IOLs. He can discuss the different refractive surgery options with you and help you determine which one is best for you.

To learn more about LASIK eye surgery, to discuss treatment details or to inquire about the cost of laser eye surgery, schedule a consultation with Stanford Eye Laser Center.

Dr. Manche is regularly interviewed by various media outlets due to his refractive surgery expertise. He has made appearances on programs such as ABC’s Dr. Dean Edell’s Medical Report, New Edge Science Show, ABC’s Health Matters and NPR National Public Radio, and in the San Francisco Chronicle, the San Jose Mercury News, the Los Angeles Times and numerous Bay Area radio, television, and newspaper sources. He is quoted often in leading ophthalmology journals and publications such as Ophthalmology Times and Ocular Surgery News.

As a proud member of Stanford’s medical and scientific leadership, Dr. Manche remains on the leading edge of scientific research, publishing articles in prominent publications and authoring book chapters on ophthalmic research and refractive surgery topics.

Check out all the latest patient reviews for Dr. Edward E. Manche and the team at Stanford Eye Laser Center: